Three neutron science research reactors in Europe have ceased operations in 2019. The League of advanced European Neutron Sources, LENS, and the European Neutron Scattering Association, ENSA, warn of a “neutron gap” that could impact scientific research across multiple fields in physics, materials science, chemistry, biology, medical science and engineering. Together, LENS and ENSA are working on a new vision to maintain Europe’s leading position in neutron science.

Neutrons are unique and have a half-century legacy of socio-economic impact in Europe. Fifty percent of neutron science publications globally are attributed to European researchers from academia and industry, working at European neutron sources. Neutrons record, for example, the interior dynamics of lithium-ion batteries, reveal obscured minutiae from ancient artefacts or clarify the mechanisms of antibiotic resistance in bacteria. Cancerous tumours are treated with radiopharmaceuticals produced with neutrons. Neutrons are also critical for industrial and engineering researchers developing more efficient fuel cells for electric vehicles or testing stress and strain during the manufacturing of carbon-free steel.

Three European research reactors central to the decades of success in the European neutron landscape were shut down this year: Orphée, used by the Laboratoire Léon Brillouin (LLB) near Paris, BER II at the Helmholtz-Zentrum Berlin, and JEEP II operated by the Institute for Energy Technology outside Oslo. Each of these reactors operated as a national facility primarily serving researchers in France, Germany and Norway, but also hosted scores of international researchers through trans-national access programmes. Each was closed for reasons unique to its national research agenda.

A new European neutron source, the European Spallation Source (ESS), based on spallation rather than reactor technology, is currently under construction in southern Sweden. It will not be available to scientific users until 2023, however, and will take several years to ramp up to full capacity. Meanwhile, the 2019 reactor closures leave Germany’s FRM II in Garching and the 50-year-old ILL in Grenoble, France, as the last major neutron research reactors in their respective countries.

“The European neutron user community is in a paradoxical, even schizophrenic situation. We must prepare the current and next generation of users to make the best use of what will be the most powerful source in the world, ESS, while on balance we are facing considerably reduced access to instruments in Europe. This could result in a neutron gap. It’s a simple fact that a reduction in the number of facilities, the number of instruments and the number of operating days at European facilities naturally limits the size of the user community and its scientific contribution to societal challenges. Meanwhile, neutron user associations around the world have made it clear that there is increasing interest in the use of neutron scattering throughout academia and industry.

“European neutron science owes its outstanding performance over the last 50 years largely to the close-knit network of facilities available to scientists. The three reactors closed in 2019 were all vital pillars of this network, in particular BER II in Berlin and Orphée in Paris, which both ran extensive international user programmes. Fortunately, significant steps have already been taken to prepare for these closures. ESS is well on its way, while the remaining major European sources have invested heavily into upgrading their capacities and capabilities. In addition, LLB will maintain its neutron activities by engaging in strong collaborations with other facilities and the future ESS. Provided we can maintain the proper level of support, Europe can expect to retain its world-leading position.”

“In order to be able to utilize the possibilities with the ESS in Lund and for Europe to continue to be world-leading in neutron science, it is crucial to keep the access to neutron instruments at other sources in Europe when three European research reactors have been shut down in 2019. For IFE and the closure of the JEEP II reactor, the short-term solution is to establish an agreement with another European neutron source for instruments and access. The long-term solution in an 8-10 years perspective is to plan and establish a compact neutron source in Norway or in the Nordic countries.”

The League of advanced European Neutron Sources (LENS) has the not-for-profit purpose of promoting cooperation and projects between European-level neutron infrastructure providers that offer a transnational user programme. The individual members remain independent but together through LENS join forces to support and strengthen European neutron science by creating an effective, collaborating ecosystem of neutron facilities. The nine facilities comprising LENS can be found here. 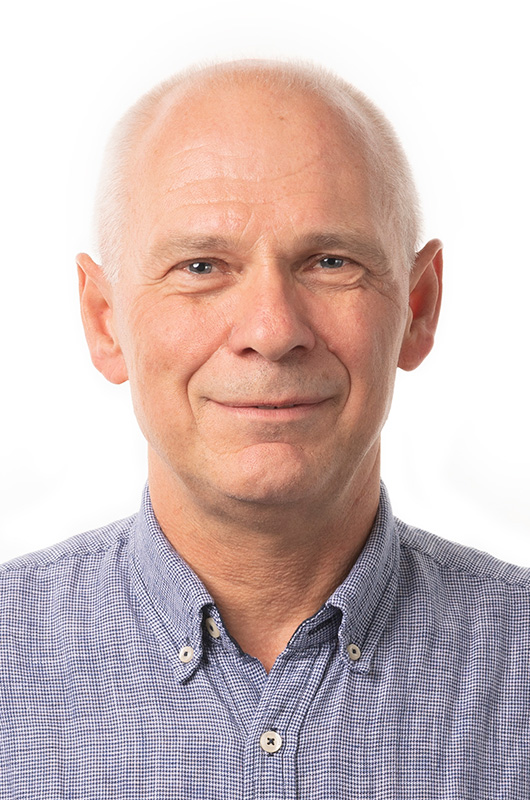 Magnetocaloric energy conversion makes use of the adiabatic temperature change, also known as the magnetocaloric effect (MCE), that originates from the heating or cooling…

The HyCARE project aims at developing a hydrogen storage tank with use of a solid-state hydrogen carrier in large scale.

Over the last decade, silicon has become the most promising material to replace graphite in the anodes of current Li-ion batteries.

IFE's board of directors has decided to permanently close operations at the JEEP II reactor at Kjeller. IFE continues to focus on research and…

The reactor at Kjeller remains in shu...

In January, Institute for Energy Technology (IFE) postponed the JEEP II reactor start-up at Kjeller due to findings of corrosion on several components. So…

Materials technology has been a prerequisite for the development of a wide range of products such as TVs with LCD monitors, solar cell panels,…

New license for the JEEP II reactor a...