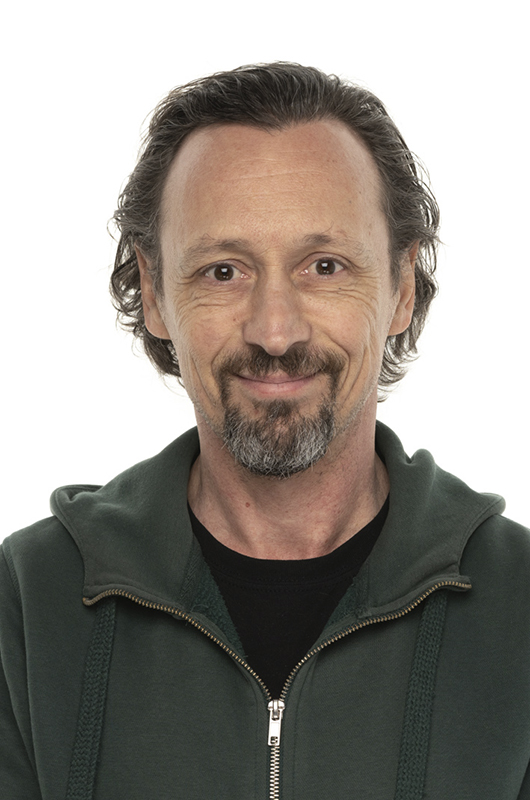 Considerable advancement has been made in computer and information technology in the last few decades leading to extensive and large-scale implementation of digital control systems in the process industry and conventional power plants. The implementation of modern control systems allows these plants to operate more productively and efficiently than the ones using analogue technology.

A lack of established safety and licensing guidelines and procedures has, however, restricted the application of new technology in nuclear power plants. Consequently, the potential and the advantage of digital technology have not been fully realized in nuclear applications. Nevertheless, considerable progress has been made in the application of digital I&C systems and components during back fitting of existing nuclear power plants around the world.

Furthermore, as new plants are being built and next generation advanced reactors are planned, it is important to learn from experiences both within the nuclear industry as well as other industry applications to take the maximum benefit of technology advances.

Although advanced control technology has already reached a state at which its benefits have been identified, its application in current and future nuclear reactor generations pose several challenges that must be addressed and solved. Advanced control techniques applied to critical safety systems requires a full understanding of the risks and benefits associated with the increased complexity of the automated process, especially in the case of new reactor designs, where new scenarios and failure modes must be evaluated. Usability aspects of these techniques and their contribution to increased situation awareness must also be appropriately addressed.

Given the long term experience and accumulated knowledge of the Halden Reactor Project in the development and application of computerised operation support systems (COSS), it is considered of highest benefit to focus the attention on the possible synergies and modes of interaction between advanced control systems and COSSes. While COSSes are primarily designed to support operators in the execution of their surveillance, monitoring, and operation tasks, both in normal and abnormal conditions, the functionality implemented by COSSes can have significant value also in control automation. 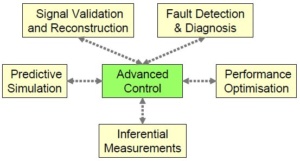 One focus of this project was based on a multi-purpose view of systems through use of goal- and function-oriented techniques, e.g. the Multilevel Flow Modelling (MFM) method for modelling particularly mass, energy and control functions in complex industrial processes. MFM has been used in early fault detection and fault-tolerant supervision and control applications, and in reasoning about how to achieve the required control functions in the presence of faults.

The practical application of MFM was achieved using a graphical MFM model designer (called the MFM Editor) based on the internally developed ShapeShifter graphical software framework. For MFM analysis purposes, the MFM Editor relies on the dedicated MFM reasoning engine developed at the Technical University of Denmark (DTU). 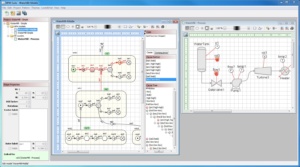 The project was sponsored by the OECD Halden Reactor Project for the period 2009-2014.