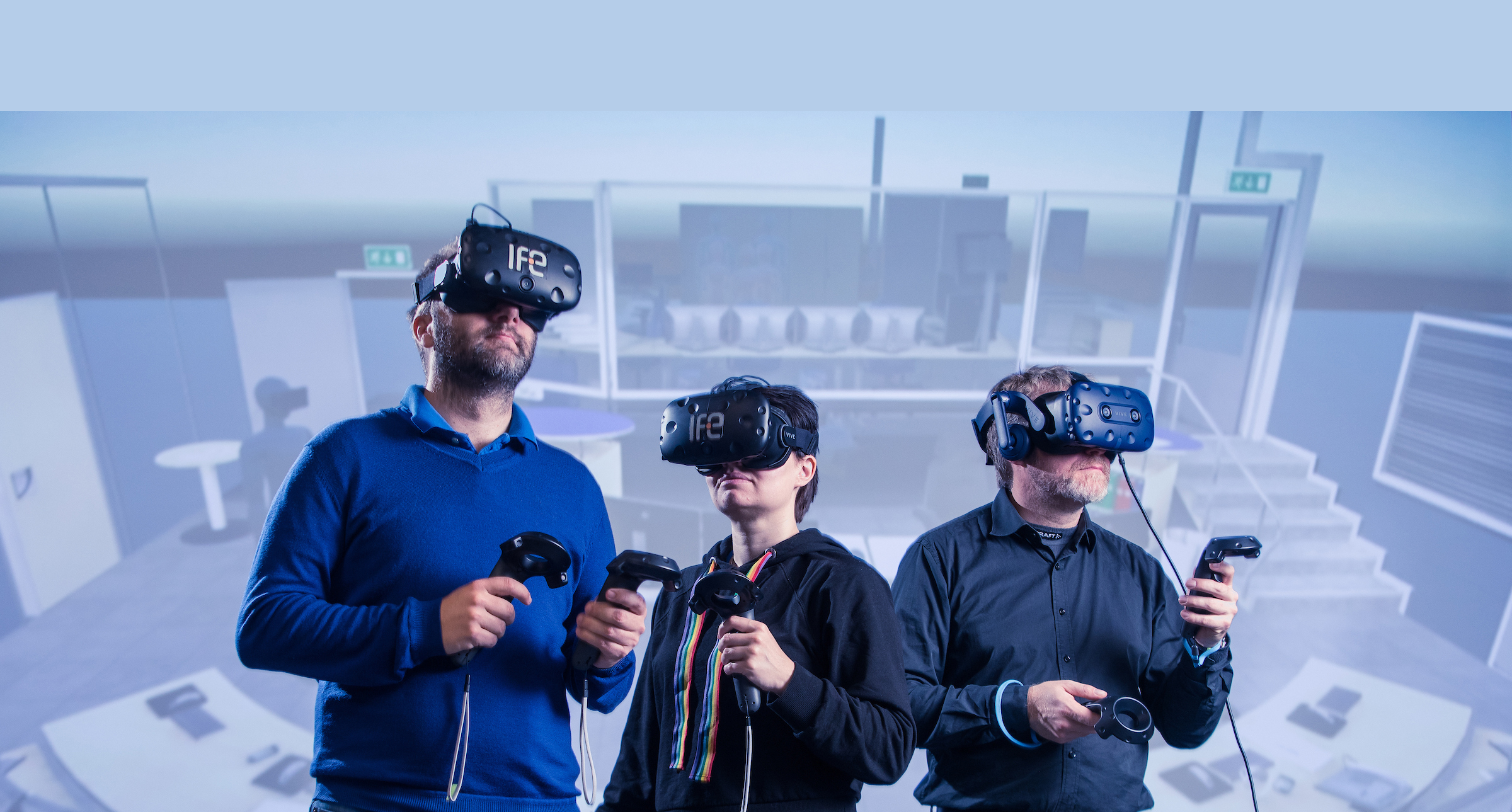 The main purpose of HVRC is to identify potentially useful applications of emerging technologies and to investigate issues addressed and identified through experimental research and feedback from practical experience. The focus is on complex industrial applications.

HVRC provides facilities for developing novel applications of emerging VR & AR technologies. Our primary focus is on design of workspaces, safety training, and job optimisation for safety-critical work in industrial environments. The close proximity to HAMMLAB enables joint experiments, as HAMMLAB can be used to simulate a control centre and the VR lab can be used to simulate activities in a digital twin of the facility being controlled.

For usability studies and formal experiments, we typically use similar techniques to those applied in HAMMLAB. These include human and system performance measures. For example, we measure mental workload, task complexity, sense of presence, social presence, spatial presence, and usability. Most studies are comparative or explorative in nature with a focus on teamwork aspects.

The lab is located in a purpose-built room with a raised computer floor. There are 100 square metres of floor space (9m x 11m). An 8m by 8m area of the lab supports SteamVR room-scale location tracking. About 6m x 6m of the tracked space supports wireless tracking of three simultaneous users. Wearing HTC VIVE PRO VR headsets, users can collaborate in a shared virtual environment while in a shared physical space.

Several of our VR headsets have eye-tracking installed, including HTC VIVE PRO EYE and Varjo high-resolution headsets. For high-resolution work, where wireless operation is less important than the image resolution, we have four Varjo headsets: XR-3 for mixed reality, two VR-3 headsets and one VR-2 PRO. We also have several Oculus Quest headsets, and a selection of other off-the-shelf headsets.

Other notable equipment include:

The VR&AR department at IFE is also responsible for IFE’s Hazard-Aware Robotics for Nuclear (HADRON) lab, which enables us to perform studies into telepresence and teleoperation of industrial robots and drones. Robotic equipment available includes a Spot robot from Boston Dynamics, a Jackal ground vehicle platform from Clearpath, and a Shadow Dexterous Hand from Shadow.

VR&AR department staff has a broad range of academic backgrounds including computer science, human factors, human-centred design, mathematics, informatics, electrical engineering, and mechanical engineering. We take a multi-disciplinary approach to both application concept development and conducting experiments,  drawing on expertise in other departments and sectors at IFE, and beyond, for industrial domain knowledge. 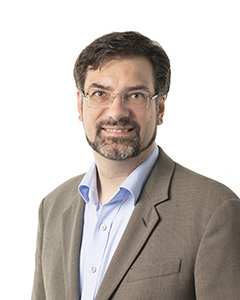 The Halden HTO Project recently arranged a meeting in the technical steering committee, Halden HTO Programme Review Group (HPRG). 35 representatives from all the…

Bilateral initiative on cooperative a...

The initiative aims to promote knowledge exchange, dissemination and future cooperation between the two institutions in the field of Human Factors applied to Connected,…

The main purpose of the HA-Lab is to perform applied research on the interaction, teaming and collaborative possibilities between humans and advanced technologies in…