Over the preceding decades IFE has collaborated closely with the petroleum industry on the Norwegian continental shelf. Our laboratories have the state-of-the art equipment to do the most common geochemical analyses, and within the field of stable isotope analysis IFE is the single most experienced commercial provider in Norway.

The IFE HCS™ scanner was invented at IFE in 1992 and launched commercially in 1994. It provides means of rapid, non-destructive qualitative and quantitative logging of petroleum shows in conventionally slabbed drill cores.

Gas seeps on the abyssal plain (sea floor) or on surface are mainly associated with organism related (biogenic) methane from early diagenetic processes. Methanogens (microorganisms that produce methane) can live in surface environments as well as subsurface environments. However, petroleum originated methane may “seep” out of fissures made by oil and gas exploration, or from natural occurring fissures in fault zones. The seeped gas may get diffused by sediments and may emerge over an area several hundred meters wide. Collection of gas from seeps and subsequent analysis can provide information about the production mechanism.  A standard compositional analysis quantifies the composition of the gaseous compounds, and stable isotope analysis of carbon and hydrogen (the 13C/12C and 2H/1H ratios – δ13C, δ2H) may reveal if the gas is thermogenic (petroleum originated) or biogenic (organism related).

Mud logging is the creation of a detailed record (well log) of a borehole by examining the cuttings of rock brought to the surface by the circulating drilling medium, called drilling mud. Mud logging is usually performed by a third-party mud logging company. This provides well owners and producers with information about the lithology and fluid content of the borehole while drilling. The mud may be sealed into “isojars” or cans, or alternatively the headspace gases may be sampled directly into “isotubes”. IFE regularly performs gas quantification and compound specific stable isotope analysis of carbon and hydrogen (δ13C and δ2H) of the headspace gas constituents. The resulting data is characteristic for the local stratigraphy at the well depth and may reveal the maturation degree of the intruded natural gas. IFE employs state-of-the-art pre-concentration methods to allow precise analysis of very low concentration samples.

Determination of maturity of source rock, gases and oils

Maturity is the state of a source rock with respect to its ability to generate oil or gas. This property is usually determined using Rock Evaluation and TOC-analysis. Oils inherit the molecular and isotopic character of the parent kerogen/oil. However, natural gases do not inherit their molecular or isotopic properties from their parent kerogen/oil due to cracking. Identification of the source of a gas requires a reconstruction and correction of the fractionation that occurs during gas formation and is a research topic at IFE.

The 87Sr/86Sr ratio (δ87Sr) of sea water has changed significantly with time in response to the input of varying proportions of Strontium derived from continental crust and upper mantle sources, as moderated and buffered by carbonate recycling. Because of these fluctuations, the marine Strontium isotope record can be used for stratigraphic correlation and dating purposes. The method is most accurate for marine minerals, and rests on the assumption that the world’s oceans are homogeneous with respect to 87Sr/86Sr (~1000 year mean ocean mixing time). IFE can analyze 87Sr/86Sr of residual salts in pore water in consolidated cores, as well as in the carbonate and mineral fractions.

Produced water is water found in the same formations as oil and gas. When oil and gas flow to the surface, the produced water is brought to the surface together with the hydrocarbons. Much produced water is brine, and most formations result in total dissolved solids too high for beneficial reuse. Produced water contains some of the chemical characteristics of the formation from which it was produced and from the associated hydrocarbons. To achieve maximum oil recovery, water flooding is often implemented, in which water is injected into the reservoirs to help force the oil to the production wells. The injected water will eventually reach the production wells. IFE performs strontium, sulfur, oxygen and hydrogen stable isotope analysis of produced and formation water, together with multi-element quantification, to tell the produced water apart from nearby formation water and to determine mixing parameters.

IFE’s self-constructed permeameter can measure rock core permeabilities down to values of about 10-21 m2 (1 nD), at room temperature or elevated temperature, and using a range of gasses and fluids (including water, CO2 and Argon). Pore fluid pressures can be up to 16 MPa, and confining pressures up to 50 MPa. Both transient-pulse and flow-through measurements can be performed, on the same sample without needing to remove the sample from the holder. 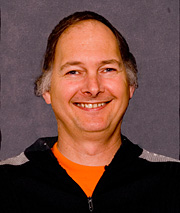 ICP-OES answers questions regarding the purity, presence of impurities, potential pollutants, and composition of a wide variety of liquid and solid samples.

Our mission: Squeeze more data out of your samples for more informed decisions.

Towards a greener mineral and metal i...

Last week the AlSiCal project officially kicked off. The project aims at developing an innovative technology to reduce the environmental impact of producing alumina,…

Fluid inclusions are sealed “containers” of fluids trapped in minerals. Fluid inclusions can be thought of as time capsules storing information about ancient temperatures,…

Reflected and transmitted light of wavelengths within UV-visible-NIR range forms the basis of optical microscopy. The addition of polarizers, heating-cooling stages, high-resolution cameras and…