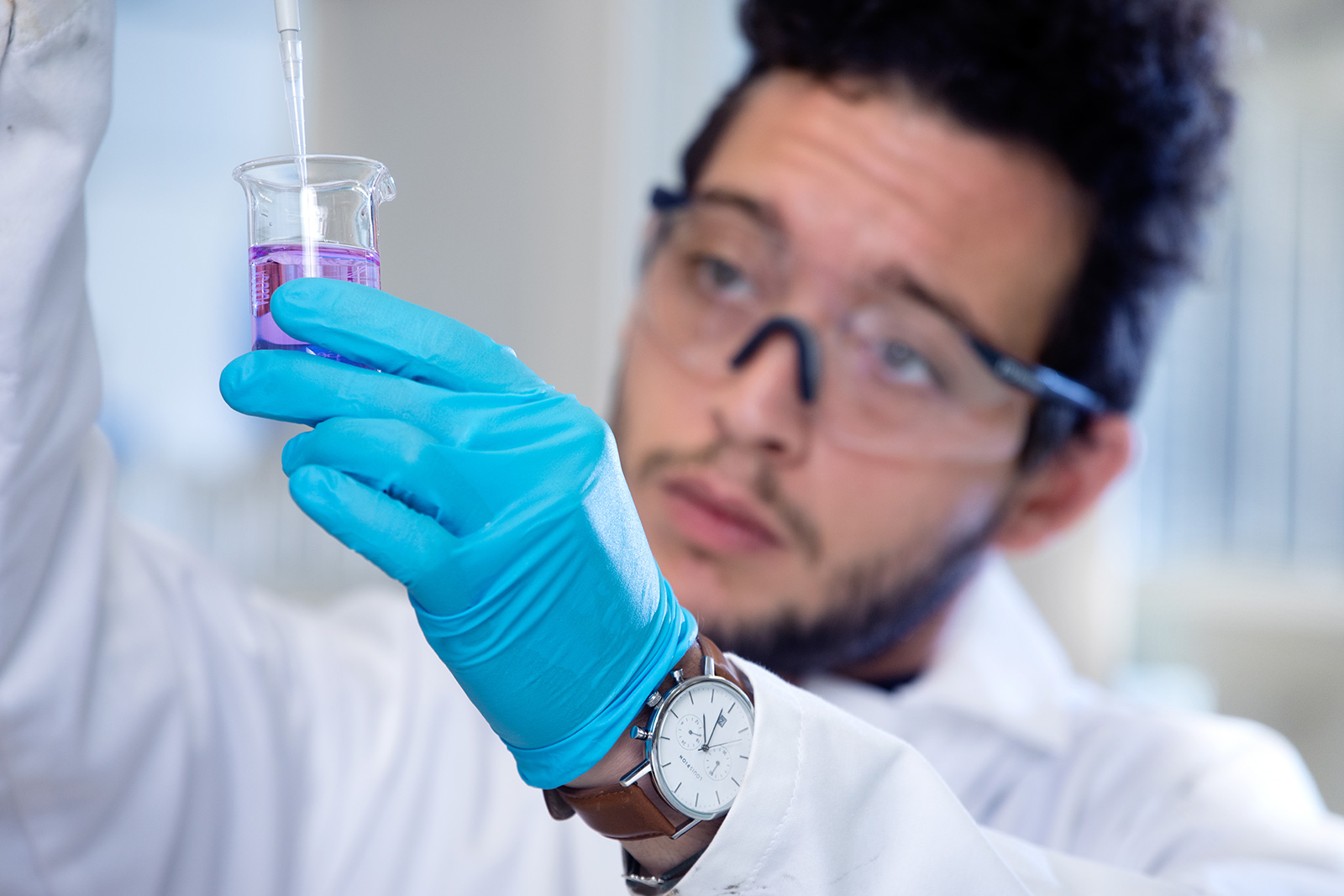 The department for Environmental Industrial Processes focuses on novel methods for CO2 capture, hydrogen production and mineral processing. We contribute to more efficient use of energy and bio-resources by intensification of industrial processes. The methods we use include chemical characterization, controlled experiments from lab scale up to protype scale, and numerical modeling.

The Department focuses on research and development of new technology to reduce the environmental impact related to the production and utilization of energy.  It has active participation in several national and international networks and R&D forums (Hydrogen Europe Research, EERA, EMIRI, OREEC, etc.). Besides, the Department is a research partner in the FME “Norwegian Centre for Sustainable Bio-based Fuels and Energy, Bio4Fuels”. The major part of these research activities is supported by Norwegian and international industry partners, together with funding programs from the Research Council of Norway and the European Union.

Our vision is to

“Become a leading innovation actor in the field of environmental technologies for sustainable industrial and societal progress”.

Our mission is to

“Ideate, develop and transfer to society innovative technologies and knowledge for environmentally-sound growth”.

Our approach is to

Provide “any chemical engineering development that leads to a substantially smaller, cleaner, safer, and more energy efficient technology. The improvement is expected to be  substantial, as the benefits from the effort are expected to be game changing”.
Process intensification by Stankiewicz and Moulijn (2000)

We conduct world-class research – ranging from fundamental research and development to the deployment of innovative technologies. Our activities include material and process technology development, design of experimental facilities from laboratory to prototype scale, experimental validation, process design, modeling and simulation, material characterization, as well as solids and gas analysis.

Our main focus areas are:

The growth of these sectors is forecast to generate many opportunities in Norway, and targeted research can lead to competitiveness and foster the generation of new green business and circular supply chain. Organizations of any size and industry sector can benefit from being involved.

The Department of Environmental Industrial Processes (Miljø) at IFE is leading the way in the challenging process to generate and share knowledge, and well as support partnerships with companies across Norway, Europe, and beyond.

We are looking for industry partnerships with:

Companies can benefit from specialist support, cutting-edge technologies, support in research funds applications, plus the development of new products and services.

Contact us and we can work with you towards a sustainable path of innovation.

AlSiCal – Towards sustainable mineral and metal industry: ZERO Bauxite Residue and ZERO CO2 from co-production of Alumina, Silica and precipitated Calcium carbonate by the Aranda-Mastin technology

Our team is composed of a complementary group of professionals, with a wide range of cultural and academic backgrounds, and balanced in gender and expertise fields within engineering and material science. All united by a common leitmotif, “We mind the future.”

The Department of Environmental Industrial Processes (Miljø) is happy to announce that there are 3 openings to receive master students.

Background: Today, the economic and societal development in the world are mainly dependent on fossil fuels. A central problem is the accumulation of a vast quantity of greenhouse gas CO2 in the atmosphere, which has a substantial part in climate change. The production of renewable fuels is an attractive option to recycle CO2 while decreasing the global CO2 emissions and economically competing with more costly unconventional fossil fuels.

Scope and Objectives: The master thesis work will be focused on experimental materials development and characterization in the field of CO2 utilization to the production of renewable fuels. The process conditions will be studied and optimized to achieve the best performance regarding catalyst activity and the desired selectivity. The student should find relevant scientific literature and understand the core principles and concepts in heterogeneous catalysis and sorption enhanced reactions.  Evaluation of the causes of possible deactivation will be assessed if needed. The students should be able to report scientific work concisely, both orally and in written form.

Background: The International Energy Agency identifies that the current worldwide demand for “pure” hydrogen is around 70 million tonnes, where the main applications for this hydrogen are oil refining and ammonia production. A further 45 Mt of demand exists for hydrogen as part of a mixture of gases, such as synthesis gas, for fuel or feedstock.

On the downside, the overwhelming majority of hydrogen produced today is from fossil fuels, where less than 1% is produced from renewables or fossil fuel plants equipped with CCUS. Therefore, the production of hydrogen is responsible for CO2 emissions of around 830 million tonnes of carbon dioxide per year, equivalent to the CO2 emissions of the United Kingdom and Indonesia combined. Hence, Increase the share of renewable hydrogen, also known as green hydrogen, is fundamental to achieve the goals of carbon emission cut in other to contain global warming.

Scope and Objectives: This master thesis work comprises of experimental and process simulation study focused on the integration of biomass gasification with the catalytic process to convert syngas efficiently into hydrogen and capture the CO2.

The student is expected to gather appropriate scientific literature to comprehend the basics of biomass gasification; catalytic reacting process; and carbon capture, utilisation and storage (CCUS). The work is mostly focused on the process simulation, but one shall also perform experiments in a lab-scale fluidised bed reactor.

To conclude, the student is expected to report findings and analyse the sustainability of green hydrogen production, the carbon abatement potential, as well as the principles of CO2 capture, utilization and storage.

Background: Biogas produced from organic feedstock and residues/waste is a clean and renewable energy source that has a substantial contribution to the world’s increasing energy demand and, at the same time, contributes to reducing carbon footprints and emissions. It has been estimated that the application of upgraded biogas/biomethane (> 90% methane) for transportation allows a reduction of greenhouse gas (GHG) emissions in the range of 60% to 80% depending on the feedstock used in comparison to gasoline[1]. There is even a higher reduction potential when waste and residues are used instead of energy crops. The digestate residue produced during biogas production can be used as fertiliser or as feedstock for thermochemical conversion.

As far as traditional biogas upgrading (separation of CO2) is concerned, several technologies are commercially available. Moreover, there are advances in new technologies like in-situ methane enrichment and, as well as conversion into hydrogen by reforming. The latter is the main interest of this work as it presents a feasible possibility to increase the share of green hydrogen and can contribute to negative emissions if bioCO2 is stored.

Scope and Objectives: This master thesis comprises of experimental and process simulation study focused on upgrading hydrogen while capturing CO2 for storage or utilization.

The student is expected to gather appropriate scientific literature to comprehend the concepts of process simulation, anaerobic digestion, catalytic reacting process, and carbon capture, utilisation and storage (CCUS); as well as to gather data on biogas production in Norway. Besides, one shall perform experiments in a lab-scale fluidised bed reactor.

As a result, the student is expected to report findings, advantages, and disadvantages of producing green hydrogen from biogas. Also, one must calculate the potential of Norwegian biogas plants for producing carbon-negative green hydrogen. 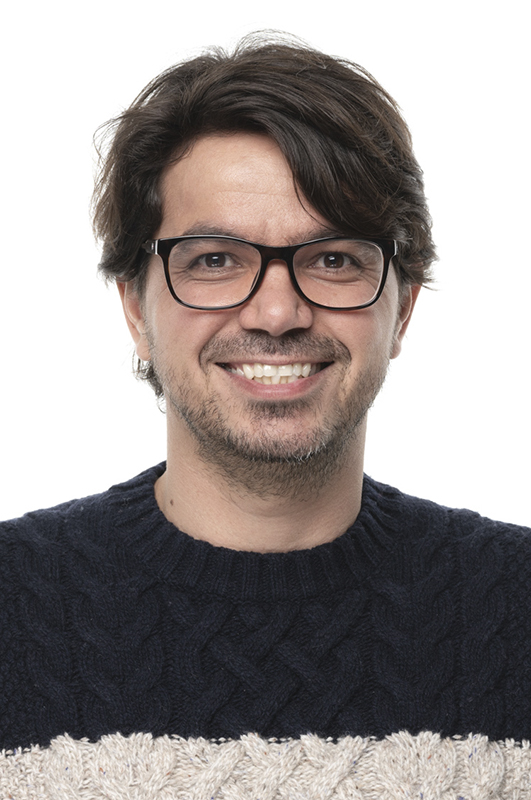 Large part of the anorthosite process...

Production of silica and alumina from anorthosite optimized by IFE and 2 products ready for industrial qualification!

The government has appointed an Energy Commission to map energy needs and propose increased energy production, with the aim that Norway will continue to…

The HyCARE project aims at developing a hydrogen storage tank with use of a solid-state hydrogen carrier in large scale.